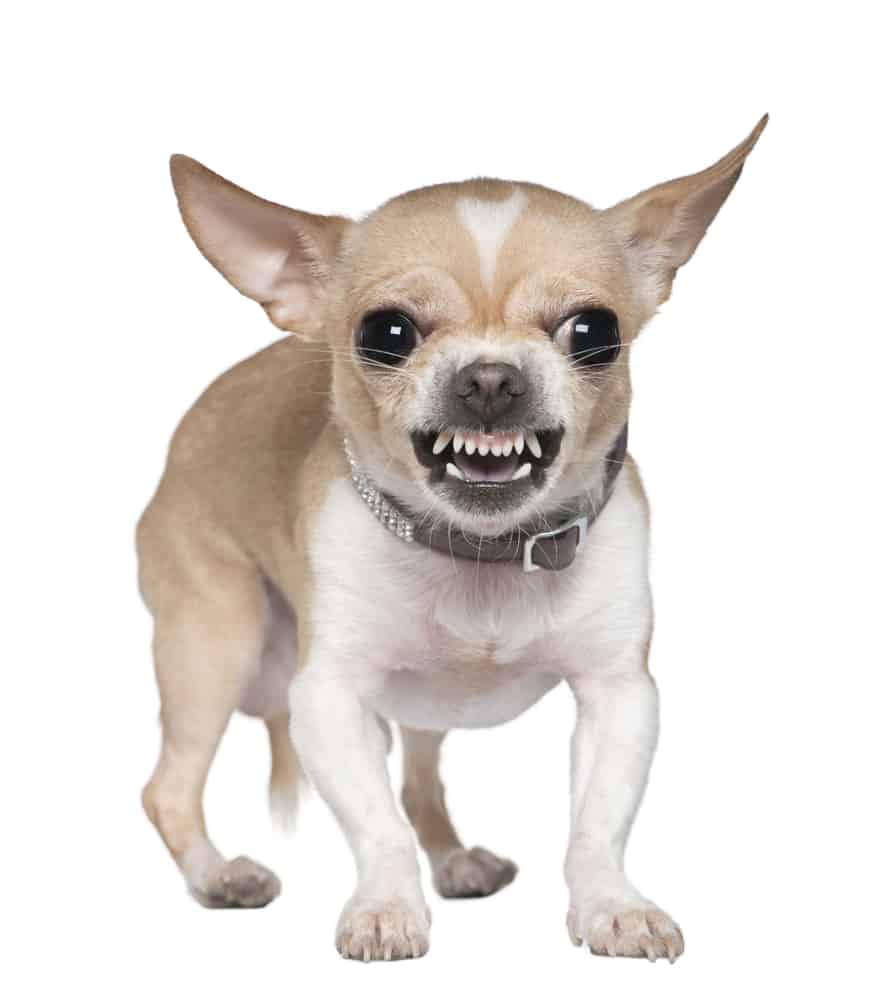 While most people assume aggression in dogs is due to dominant behavior, the truth is, fear aggression is much more common. A fearful dog may bark aggressively or even bite if it feels threatened. Most people also assume a fearful dog must have been abused. However, the real underlying cause is most likely a lack of proper socialization as a puppy.

The Flight or Fight Response

You’ve probably heard of the “fight or flight response.” Usually, when a dog comes up against something it considers scary, it’s first instinct is to run away; that’s flight. However, if the dog can’t run away, it may engage in submissive behavior, or it may feel the need to fight.

Are Shelter Dogs More Likely to Suffer from Fear Aggression?

There haven’t been any studies stating that shelter dogs are more likely to be fear aggressive. However, many dogs end up in a shelter because of things that lead to fear aggression. Abuse and neglect can create a fearful dog. Likewise, the behaviors associated with fear aggression, such as snarling and biting, can lead people to send a dog to a shelter.

The absence of early socialization, as well as being weaned and taken from their mother too soon can also set a puppy up to be fearful. Buying a puppy from a breeder, especially a puppy mill, does not guarantee that the puppy won’t develop fear aggression.

A “bad childhood” can set any dog up for fearful behavior, regardless of where they come from.

The most important time to socialize a puppy is between the ages of 3 to 20 weeks old. Young puppies have very little fear, and the more things they’re exposed to, the less likely they’ll be afraid as adults.

If you have a young puppy, create positive experiences around new dogs, people, objects, and sounds…..

The more positive experiences your puppy has, it’s less likely they’ll develop fear aggression. So, take your young puppy to the dog park, to the pet store, and take them along on family outings to properly socialize them.

If you adopt a puppy older than 4-5 months old, it’s not too late to socialize them.

You still need to introduce them to new dogs, people, and things. However, don’t walk your dog along the same route every day; they need to see and experience new things and new places. Also, teach your dog how to be alone, in order to avoid them developing separation anxiety. Never punish fearful behavior, you must help your dog overcome its fear.

Socializing an adult dog can be much harder.

You may need to tackle your dog’s fears one at a time.

Let’s face it, to teach an old dog new tricks takes a lot of patience. Keep in mind, it absolutely can be done. However, if your dog is very fearful and acts out aggressively, you may need to seek the help of a professional dog trainer. A trainer can give you the personal guidance you and your dog need to gain confidence, and overcome fear.